US President Donald Trump and his Democratic challenger Joe Biden have batted away key questions during separate meet-the-voter TV events.

Trump, a Republican, declined to disavow a bizarre online conspiracy, while Biden, a Democrat, would not divulge plans for the Supreme Court.

Both candidates were on the defensive at times on the records, Trump for a range of issues and Biden on race. 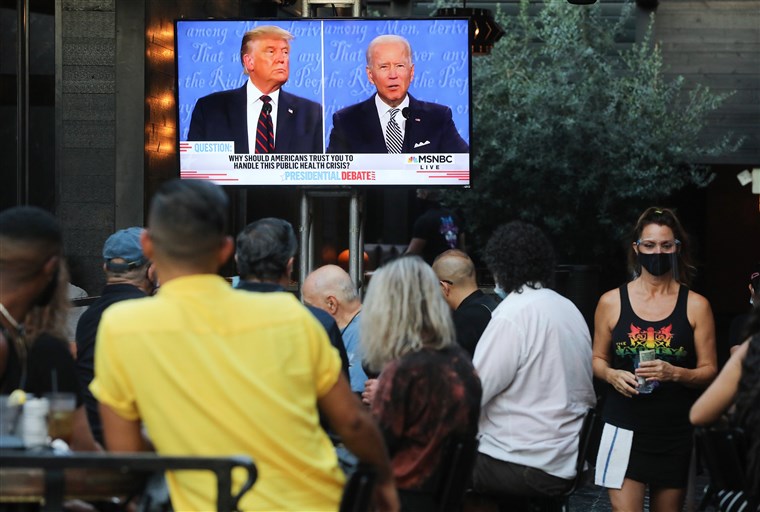 According to opinion polls, Biden has a solid lead over Trump.

However, polling is still very close in several key states which could decide the election.

Over 18 million people have already voted in person or by post for the 3 November vote.

Thursday night’s town halls, as TV voter question-and-answer events are called in the US – replaced a cancelled second presidential debate. Trump had refused to join that showdown virtually, following the recent Covid-19 diagnosis from which he now appears fully recovered.

Trump was asked about the QAnon conspiracy theory often involving Satanic plots and child trafficking, Trump responded “I know nothing about QAnon.” 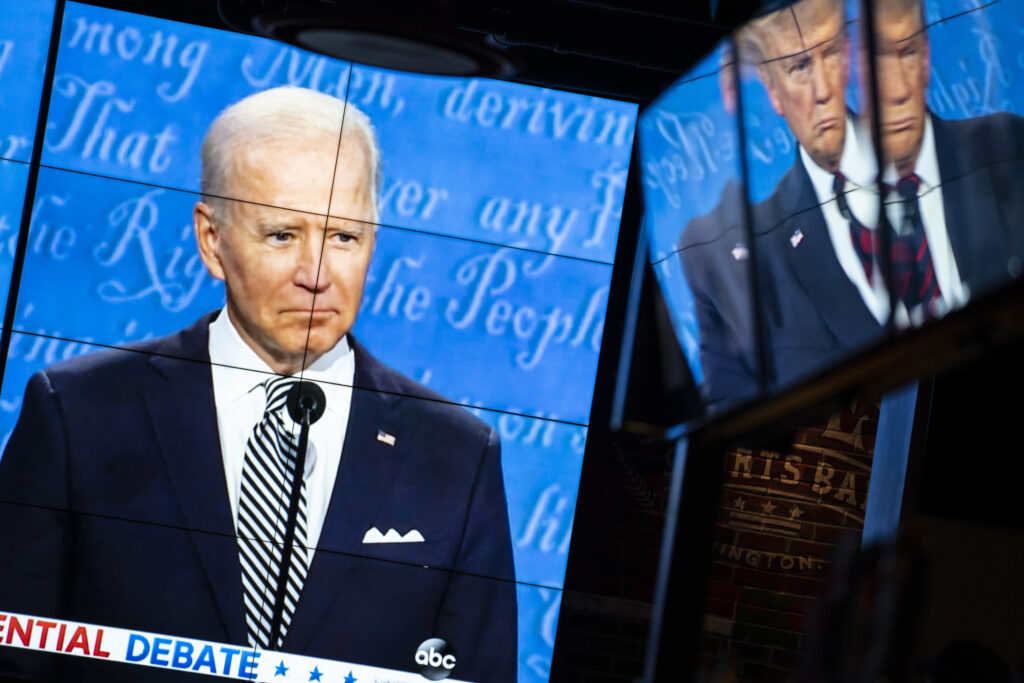 When moderator Savannah Guthrie said she had just told him about the group, which has been labelled a potential terrorist threat by the FBI.

Trump said: “I know nothing about it, I do know they are very much against paedophilia, they fight it very hard.”

Meanwhile, Biden demurred when asked whether he supported court packing, which would entail adding seats to the US Supreme Court and appointing justices to influences the ideological balance of its ruling.

Biden gave conflicting answers again on Thursday night, at first saying: “I have not been a fan of court packing. I’m not a fan.”

He then said: “I’m open to considering what happens from that point on,” though he declined to reveal his stance on the issue.