Evangelist Billy Graham — a confidant to presidents, a guiding light to generations of American evangelicals and a globe-trotting preacher who converted millions to Christianity — died Wednesday at the age of 99, his spokesman confirmed to news reporters.

Rev. Billy Graham died at the age of 99. He was known for his charisma, but said “I despise all this attention on me…I’m not trying to bring people to myself, but I know that God has sent me out as a warrior.” 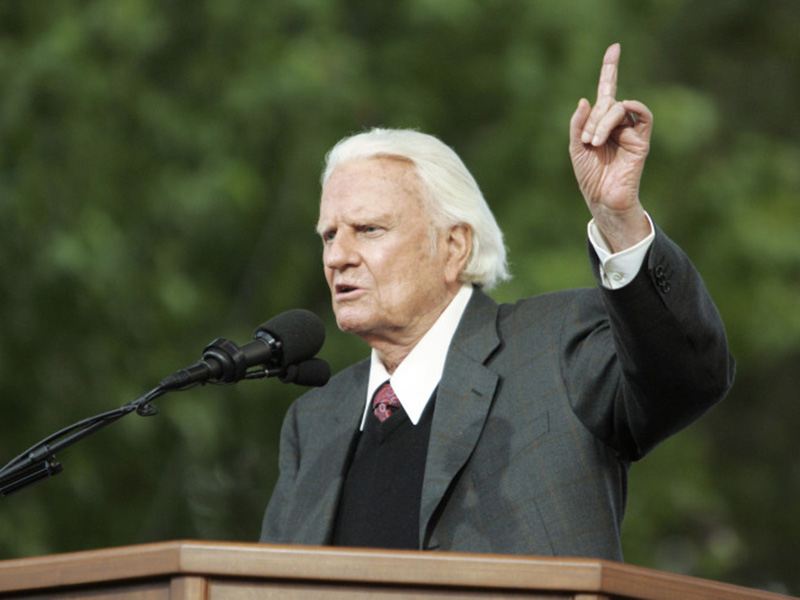 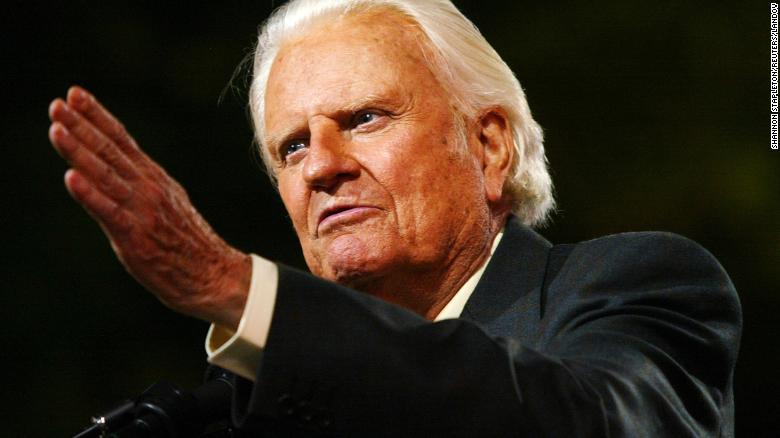 Photos: Billy Graham: ‘America’s pastor’
Evangelist Billy Graham, who reached millions of people through his Christian rallies and developed a relationship with every US president since Harry Truman, died Wednesday, February 21, at the age of 99.

He was tall and handsome, with a disarming aw-shucks demeanor and a Southern twang to his voice. But Graham’s influence, historians say, was monumental. Some called him “America’s pastor,” others referred to him as the “Protestant pope.”

Graham is reported to have persuaded more than 3 million people to commit their lives to Christianity and his preaching was heard in 185 of the world’s 195 countries, according to the Billy Graham Evangelistic Association.

“He was probably the dominant religious leader of his era; no more than one or two popes, perhaps one or two other people, could come close to what he achieved,” said William Martin, a former historian at Rice University and the author of “A Prophet with Honor: The Billy Graham Story.”

President Donald Trump said in a tweet that “the GREAT Billy Graham is dead. There was nobody like him! He will be missed by Christians and all religions. A very special man.”

The GREAT Billy Graham is dead. There was nobody like him! He will be missed by Christians and all religions. A very special man.

Vice President Mike Pence said in a statement that “Karen and I were saddened to learn of the passing of one of the greatest Americans of the 20th century, Reverend Billy Graham.”

“We send our deepest condolences to the Graham family. Billy Graham’s ministry for the gospel of Jesus Christ and his matchless voice changed the lives of millions. We mourn his passing but I know with absolute certainty that today he heard those words, ‘Well done, good and faithful servant.’ Thank you Billy Graham. God bless you.”

Former President Jimmy Carter said in a statement that he and his wife Rosalynn “are deeply saddened” at the news of Graham’s death and that he was “pleased to count Reverend Graham” as a friend and adviser.

“Tirelessly spreading a message of fellowship and hope, he shaped the spiritual lives of tens of millions of people worldwide,” Carter said in a statement. “Broad-minded, forgiving, and humble in his treatment of others, he exemplified the life of Jesus Christ by constantly reaching out for opportunities to serve. He had an enormous influence on my own spiritual life.”

Russell Moore, the president of the Ethics & Religious Liberty Commission of the Southern Baptist Convention, said on Twitter that Graham was “the most important evangelist since the Apostle Paul.”

“He preached Christ, not himself, not politics, not prosperity,” Moore said, adding that Graham also “carried unimpeachable personal integrity.

“RIP Billy Graham, a good and faithful servant. He fought the good fight, finished the race, and kept the faith,”

Televangelist Joel Osteen told CNN that Graham was his hero, and said the best way to honor him is for Christians to continue what he started.

“Preaching good news and letting people know about Christ and the love and respect that we can show one another. I think it’s to continue on in that passion. He took great steps of faith. He paved the way for young ministers like myself.”

Saddened by the loss of Evangelist Billy Graham. He led an impactful life, touching so many people with his spiritual teachings. He will be deeply missed.

Billy Graham was a humble servant who prayed for so many – and who, with wisdom and grace, gave hope and guidance to generations of Americans.

I am not going to Heaven because I have preached to great crowds or read the Bible many times. I am going to Heaven just like the thief on the cross who said in that last moment “Lord remember me.”#BillyGraham

My father @BillyGraham was once asked, “Where is Heaven?” He said, “Heaven is where Jesus is and I am going to Him soon!” This morning, he departed this world into eternal life in Heaven, prepared by the Lord Jesus Christ—the Savior of the world—whom he proclaimed for 80 years.

.@HowardKurtz: "George W. Bush has said that it was after taking a walk as a young man with Billy Graham that he decided to change his life and give up drinking." https://t.co/enVIuZ6x9r pic.twitter.com/qrx3yxSGg9